4 replies to this topic It is the year 0079 of the Universal Century. A half-century has passed since Earth began moving its burgeoning population into gigantic orbiting space colonies. These colonies are placed at different Lagrangian Points, with each group of colonies being called a Side. These Sides become a new home for mankind, where people are born and raised.

The Earth is now controlled by a unified world government known as the Earth Federation. Their leading members are comprised of the richest and most influential of the Earth Sphere. Due to this fact, those that remain on Earth are painted to be the ruling elite. The Federation has official control over all the colonies though its power is not absolute.

The cluster of colonies furthest from the Earth, called Side 3, proclaimed itself the Principality of Zeon and launched a war of independence against the Earth Federation. It only took three seconds for the first shot to be fired following the declaration, with the Principality of Zeon launching a surprise attack on the pro-Earth Federation colonies of Sides 1, 2, and 4. An unknown amount of Spacenoids would be killed thanks to biological weapons, capital Zeon ships and the introduction of a new war machine known as the Mobile Suit. This period of initial slaughter became known as the One Week Battle.

It is now January 5th of the year 0079. The war has only begun. Both sides scramble to increase their military power and you have just been drafted.

Information about both sides:

The Federation is the spiritual successor to the United Nations, with a Security Council and General Assembly as parts of the organization. It is a global government that was formed by a "rich mans' club" of wealthy nations. Their military forces are organized into three divisions, with the Earth Federation Army overlooking matters on the Earth's landmasses, the Earth Federation Navy tasked with maintaining peace on the seven seas and, most importantly, the Earth Federation Space Forces having the daunting task of neutralizing the threat presented by the Principality of Zeon.[/spoiler] 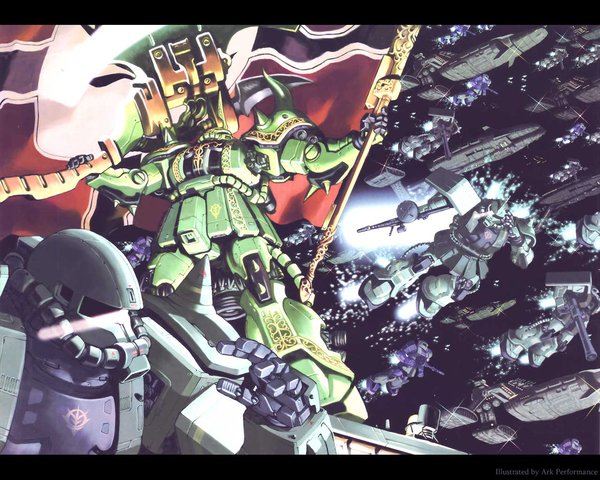 Though their declaration of war only happened a few days ago, their existence as an independent nation can be traced back as early as the year 0058 of the Universal Century, originally calling themselves the Republic of Zeon. While the Earth Federation recognized their secession, albeit begrudgingly, they also implemented economic sanctions against the Side in an attempt to have them fold back into the Earth Federation's clutches. Due to this, the Republic of Zeon was forced to create its own production facilities for machinery, food, medicine and all other essentials. The Side was also a beacon of hope for those that had opposing ideologies against the leaders of the Earth Federation, attracting brilliant scientists and philosophers to their region.

The leader of the Republic of Zeon, Zeon Zum Deikun, would somehow fall ill on October of year 0068 of the Universal Century. With his death, his trusted adviser Degwin Zabi would take over his duties as leader and would soon rename the Side as the Principality of Zeon, with him as the Duke. Soon after, Degwin and his family would lead the Principality of Zeon to militarization and now their plans are starting to see fruition.[/spoiler]

Name: [First and Last name, may include "Ace name"]
Gender:
Height:
Weight:
Age: [You are most likely a new graduate from a military academy, please keep this in mind]
Appearance: [Both sides have standard uniforms though it is not uncommon for customization. Refer to Database post for further information]
Affiliation: [E.F. or Zeon]
Rank: [All roleplayers will start out as Seaman/Private First Class, with promotions given based on actions later on in the RP. Rank will mostly determine what kind of equipment you will receive]

ATTRIBUTES - Assign 16 points, with 5 being the maximum for each stat.

Leadership - Higher accuracy rates for units in your stack and in your zone of command.

PERKS - May start out with 1 Perk. Refer to Database post for more information.

I would not join, no. Gundam and giant robots, these things do not appeal to me much at all.

But. Giant robots. How can you not be interested.

Count me out as well on that note.